The Five Dysfunctions of A Team 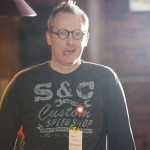 “The reality remains that teamwork ultimately comes down to practicing a small set of principals over a long period of time. Success is not a matter of mastering subtle sophisticated theory but rather of embracing common sense with uncommon levels of discipline and persistence.

Ironically, teams succeed because they are exceedingly human. By acknowledging the imperfections of their humanity, members of functional teams overcome the natural tendencies that make trust, conflict, commitment, accountability and a focus on results so elusive.”

This quote ends my most recent Audible listen, The Five Dysfunctions of a Team (5DT) by Patrick Lencioni. The quote above sums up the book well. Told as a modern day leadership fable, or story, I was hit hard by 5DT and how I miserably fail as a leader. If you didn’t get it in the quote above, here are the 5 dysfunctions of a team:

4. Avoidance of accountability, and

In the introduction of 5DT, Lencioni says teamwork in a company is greater than finance, strategy and technology. He states that teamwork is the ultimate competitive advantage for companies today; simply because teamwork is so powerful, yet so rare. In fact, says Lencioni, teamwork is as elusive as it has ever been in most organizations. He points out that teams are made up of human beings, so are innately dysfunctional. This human indictment certainly hit me hard as a leader of a few organizations myself. In the area of team building, I seem to let it happen, blown and tossed by the whims of our team, the unknown goals of our organization and the elusive defined goals that every organization needs.

Here are my major takeaways:

1. Building a great team is very simple, but so hard to do. As stated in the quote above, building a great team is done on a small set of principals (simple). But the consistency over a long period of time is the hard part. Leaders get busy, are distracted by revenue goals, team compensation changes, etc. The 5 dysfunctions listed above are easy (and familiar) in concept. But I’m not sure I have ever focused on building any of these in my own firm. It’s just not been a goal of mine. So I wonder what dysfunctions are actually driving our thoughts, decisions, goals, paths, daily choices and disappointments.

2. Humans, and their underlying agendas, are the problem. Teams are made up of people, and are thus typically focused on advancing their own agendas, building up their own egos, or pointing out the great things they have done. But the 5 dysfunctions are targeted toward eliminating the personal agendas of the individuals, and making their own personal goals subservient to the goals of the team as a whole. This sounds simple. But, as an example, if you believe more sales are the key metrics to achieve and track this year, but are confronted with different goals (developed by a team), then you must make the decision to say ‘no’ to what you want, and stand with great commitment behind a goal that you ultimately did not think was the greatest goal. We often fail to do this well.

3. Human involvement in teams is the cause of the breakdown of the team, as well as it’s greatest strength. Think about it – people in a marriage, community, school, church and company will all disagree. They are human. But these disagreements can actually become a catalyst to greater ideas. The people that are disagreeing with us – are making us better. But I don’t often see it that way. I see a counter argument as a thing to fight, when in reality it may be the greatest thing to ever happen to me, if lovingly added to my original idea.

Lencioni ends the book with some helpful ways to build and/or assess your organization in terms of the 5 dysfunctions. You may struggle though this read as Lencioni shines a light on your leadership inabilities, and how simply (and uncomfortable) it can be to remedy your team dysfunctions.

Jason is the Founder of Thriveal and the Chief Innovative Officer of his CPA firm, Blumer & Associates. He is the co-host of the Thrivecast and The Businessology Show and speaks and writes frequently for CPAs and creatives, his firm’s chosen niche. Jason loves to watch documentaries on just about anything. He lives in Greenville, SC with his wife and their three children. Stay connected with Jason by signing up at JasonBlumer.com.