Hurry! Get Back to Your Rhythms of Growth Fast!

END_OF_DOCUMENT_TOKEN_TO_BE_REPLACED 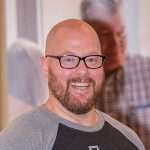 After reading that, the feeling you’re experiencing is called the Semmelweis reflex. It’s the involuntary, reflexive tendency to reject new information because it screws up the way you do stuff. And now you’re probably thinking that you’re not prone to the Semmelweis reflex; that’s called bias blind spot, where you’re like, “Yeah, I totally get it that other people are prone to Semmelweis reflex, but I’m pretty sure it doesn’t affect me. I’m a CPA.” END_OF_DOCUMENT_TOKEN_TO_BE_REPLACED 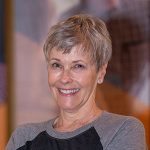 While facilitating a Thriveal Community Group call a couple of weeks ago, I listened to participants discuss how they were feeling about owning their firms, and I noticed a common thread. So I addressed the elephant in the video chat room: “How many of you absolutely have puckered butts right now?” Every single participant raised his hand.

Everyone’s butt was puckered, because everyone felt stress. You know what I mean: it’s that gut-wrenching, butt-clenching feeling that comes with firm ownership. It happens whether you’re on your own or whether you’re
leading a team. And no over-the- counter medication can make it go away.
This could make your butt pucker even more, unless you think it through a
bit. END_OF_DOCUMENT_TOKEN_TO_BE_REPLACED

The Truth About Marketing and Design for Your Firm 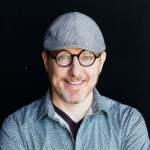 I was working with a firm owner recently, and we were exploring where his clients were really coming from. He has been growing, but he didn’t really have a website and he wasn’t really marketing. How can you grow if you don’t have a website, a logo, or participate in marketing activities? Similar question: why do some firms fail to grow when they do have a solid website, a logo, and participate in marketing?

END_OF_DOCUMENT_TOKEN_TO_BE_REPLACED

So you value priced your customers. You thought you nailed it. You had value conversations to determine which results you provide that your customers will gladly pay for. You gave fixed price options. You burned your time sheets. You sold access to your intellectual capital.

And then tax reform came along with nine days left in 2017 and everybody has questions. EVERYBODY. You have questions. Colleagues are calling and emailing you to see if you know stuff, but you don’t, so you’re calling and emailing colleagues who are bigger nerds than you to see if they know. And even when you do find an answer, it comes with a disclaimer like “from what we can tell at this point” or “I’m not sure, but it appears as though” or “this is a total shot in the dark, I really have no f***ing clue.” END_OF_DOCUMENT_TOKEN_TO_BE_REPLACED