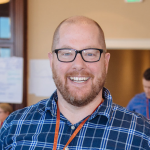 I finally finished Nudge, the behavioral economics book about choice architecture. At one point the authors were talking about how to structure the choice to become an organ donor. They suggested requiring people to choose one of three options: yes, harvest my organs; no, leave my organs alone, Dr. Frankenstein; and “Not Sure.”

When I heard that,¹ I thought, there’s no difference. Picking “not sure” is exactly the same as picking “no.” Nobody’s going to pull out a dead 22-year-old’s driver’s license, see that they checked “Not Sure” on organ donation, and be like, “Looks like Maybel Ottenberg in Dayton, Ohio, is finally getting that new pair of corneas!”

In the case of donating organs, “not sure” must be interpreted as “no.”

But then compare that to what Steve Levitt, co-author of Freakonomics, says.

We just came up with a basic truth, which is: when you’re not sure what to do, you should quit. This is what the data tells us: if you can’t decide, it means you should have quit already and you should quit right away.

I know, right? WTF? He’s saying that if you’re on the fence about any decision, the best decision is to quit. In other words, in your firm, in your practice, at work, with your career, “I’m truly ambivalent as to whether or not I should keep doing this” must be interpreted as “I need to quit immediately.”

This flies in the face of so many inspirational quotes that I’ve seen superimposed over sunsets on Instagram. Quotes like, “Many of life’s failures are people who did not realize how close they were to success when they gave up” (attributed to Thomas Edison). Or “Never give up – never, never, never, ever, if it does not contradict honor and common sense” (attributed to Winston Churchill). Or “A quitter never wins, and a winner never quits” (attributed to a middle-aged dad — whose son decided to play in the marching band — who now coaches the freshman football team in an attempt to realize something approximating his unfulfilled dreams).

So how did the Freakonomics guys decide that everybody should quit despite all the trite motivational quotes from massively successful dead guys? Well, in 2011 Stephen Dubner (my BFF since 2015) did a podcast titled The Upside of Quitting. 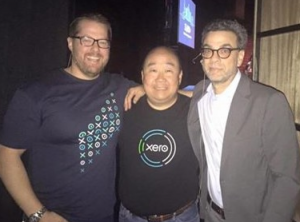 The feedback they got from that episode was massive. So they set up a website where people could go to get help deciding on whether or not they should quit some aspect of their lives. To oversimplify a bit, they ended up deciding whether people should quit with the toss of a coin. They tracked these people for several months after they quit (or not), and the results were that the people who quit were strikingly happier than those who did not quit.

Why would this be? An explanation for the success of quitters and the failure of perseverance includes the status quo bias (we tend to keep on doing what we’ve always done), the sunk cost fallacy (we tend to stick with something because we’ve invested a lot in it rather than because it’s the right thing to do), and opportunity cost (choosing to stay the course precludes us from other — possibly more satisfying or profitable — opportunities).

The big reason why we intuitively push back from this weird encouragement to quit is because quitting is fighting some negative press. We think of quitters as losers. We forget that hugely successful people quit pretty much everything to focus on the one thing that they’re hugely successful at. Quitting is pruning. It’s getting rid of the crap that’s distracting us.

It’s not so much quitting we’re talking about anyway, but changing. If you quit your job, you’re not quitting working entirely. You’re forcing a change to a new venture. Quitting is change. Change is risk. Risk is the path to reward.

So quit often, but never give up. Stay hungry, but quit a lot.

¹I was listening to the audiobook, not reading an actual book like a caveman.