Are You Taking the Right Risks to Energize Innovation?

Have you read The 7 Habits of Highly Effective People by Stephen Covey? You have? That’s nice. But have you been to Stephen Covey’s house? No, you haven’t. I know you haven’t because I was there, and I didn’t see you.

Oh yeah. I spent several hours at Steve MF Covey’s house on December 15. I kept asking when I would get to meet him, and they kept saying, “he died in 2012.” Likely story. 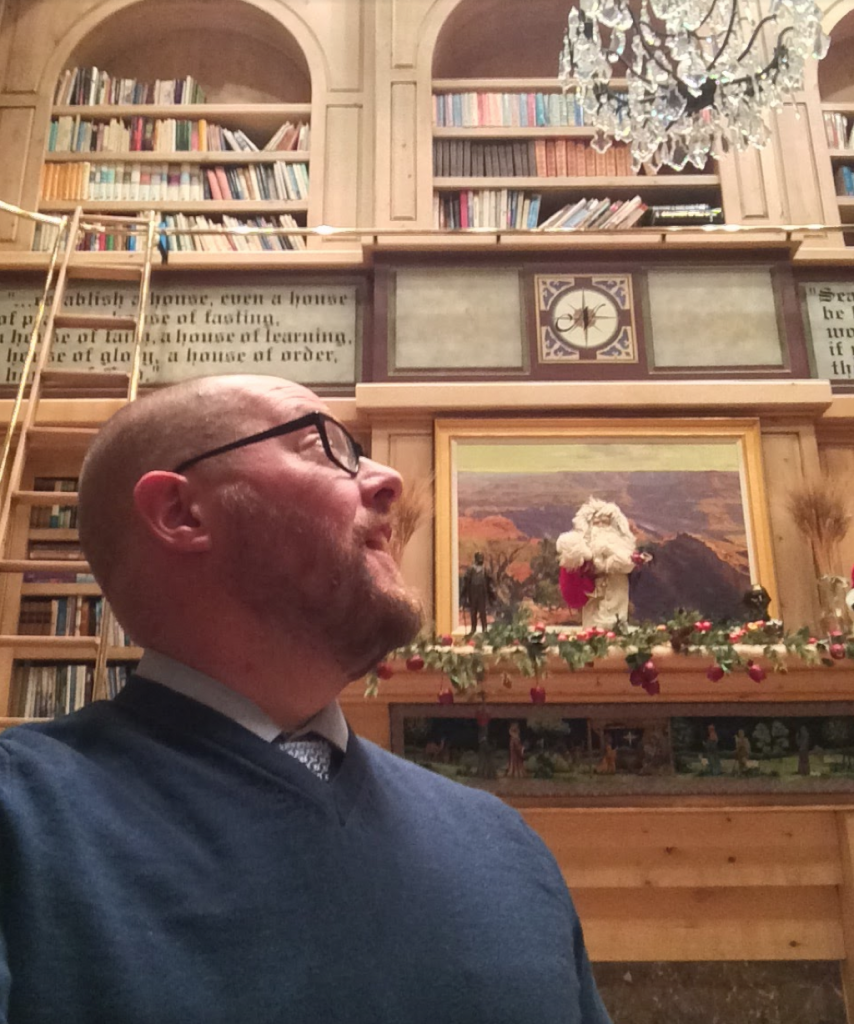 I got in there because I got booked to do some comedy for the Christmas party of a book club that was founded in 1958 by Stephen Covey’s wife. I try to avoid performing at Christmas parties because they suck. It can be incredibly difficult to navigate everyone’s expectations and sensibilities, and this Christmas party was that to the extreme.

A corollary of the cleanness issue is that I was going to be one of a small minority of non-Mormons at the event. Turns out there were zero people (besides me) who weren’t Mormon, which was actually more than I expected.

Don’t get me wrong. I totally dig Mormons. They’re warm, nice, and welcoming, and they’re fantastic neighbors. Their ethos of service and outreach makes it so that I may never have to shovel snow again. However, research shows that people accept and connect with people whom they perceive to be similar to themselves, and acceptance and connection are vital for a kick-ass standup set. (It’s also vital to attract and retain clients at your firm.)

On top of that, my boss’s wife booked me for this gig. She’s pretty much the nicest person on the planet, she’s the current president of the book club, and she thought it would be fun to have a comedian at their party. But what I don’t think she fully appreciated when she booked me was that if I sucked, she’d get my stink all over her. If I was offensive, her friends would blame her for subjecting them to words like “damn”, “crap”, and “mooseknuckle.” So if I bombed, I would ruin Stephen Covey’s wife’s party, and I would tarnish my boss’s wife’s reputation.

And all of this was was stressing the hell damn mooseknuckle crap out of me.

I’ve found that when the stakes are high in comedy, any time I choose to play it safe, I regret it. When I play it safe, my product is undifferentiated, it’s bland, and no one cares. No one gets hurt, but no one gives a shit.

As a matter of fact, to avoid playing it safe I do this thing with another local comic (Shayne Smith, hilarious dude) where before shows we ask each other, “What’s your risk tonight?” Comedy is inherently risky. If you fail, you can’t blame anyone else; it’s 100 percent on you. But what makes standup THE BEST is when you choose to take the right risk within an already risky situation, and you still f***ing crush it.

But for some reason, with this particular show, I was having a hell of a time finding my double-down risk. I thought maybe I could sprinkle in some off-color humor, but that’s not a risk, that’s a suicide mission. I knew my customers well enough to cross that idea off the list.

As I grasped at straws, I tried to tell myself that being ultra-conservative is a risk in and of itself. I’ve always regretted playing it safe, ergo playing it safe the ultimate risk, right? But I couldn’t brainwash myself past the self-contradictory nature of the idea of “the risk of taking no risks.”

I couldn’t find my risk, and I felt my energy draining. I wasn’t looking forward to the gig. As a matter of fact, I was beginning to dread it. I questioned why I ever agreed to do it in the first place. It sucks so hard when you begin to dread doing the thing you love.

I wanted to end the show with a bit about Christmas carols, but the final punchline mentions the circumcision of Christ which (A) is in Luke Chapter 2 so anyone who believes in the Bible should be totally on board with it but (B) almost certainly crosses a line for old Mormon ladies.

But at the beginning of the work day on the day before the show, I was chatting with my boss about my hesitations surrounding the Christmas carols joke, and it dawned on me that although the final punchline was simply too controversial, the bit was still solid if I just ended it one punchline earlier.

I also felt like I needed to do a joke about The 7 Habits of Highly Effective People. I couldn’t crap on the 7 Habits, though, not in the house that the 7 Habits built. I had a basic idea of what to do, but it wasn’t taking shape.

But now, not only did I know I was going to keep the Christmas carols bit, I was also planning on closing with it. So the risk I decided to take was to take the comedy concept of the call-back and stretch it to its limits.

I would start the show by explaining to the audience that, as a tribute to Stephen Covey, we were going to begin the show with the end in mind (Habit #2), and I would explain that I was going to start the show by saying my final punchline, they would erupt in laughter, and applaud enthusiastically. After explaining this, I’d actually do it. I’d say, “Now I’m no Bible scholar, but I’m pretty sure the Savior didn’t come to earth by boat!” (Final punchline); then (hopefully) they would laugh at the non-sequitur and at my misinterpretation of the second habit, and they would (hopefully) applaud simply because I told them so, damnit.

The psychology of a call-back is a mystery to me, but according to experience, any time you do something earlier in a show and then repeat it later in the show, people lose their shit. So with call-back plan I would have a so-so joke at the very beginning that should add gasoline to my final punchline of the night. I’d never done a call-back this blatant before. It might go over like a Chris Christie¹, but that’s what makes a risk a risk.

Risk #2: Take an existing successful practice (the call-back) and extend it beyond the limits I’ve taken it to in the past.

So I intentionally but organically arrived at a couple of risks that were just right for this particular type of engagement, with this specific customer, and what happened next kind of amazed me.

Once I identified the right risks, all of a sudden my attitude and energy made a striking shift. Dread and inertia disappeared. Instead I was totally excited about the show! My energy level surged! I felt the way I should about being able to do crap that I’m passionate about! I was really kind of weirded out by the instant change of attitude toward my work.

If you’re not taking risks at work, you’re not passionate about what you do. I wrote an entire blog post about that. But what I learned with my Covey show was that finding the right risks can reignite passion.

How are you feeling about busy season? Do you feel exhausted, not because you’re actually tired, but you dread busy season? Are your experiencing Anticipatory Exhaustion™? Maybe what you need to do is take the time now – before everything ramps up to full speed – to intentionally and organically discover the right risks for you and your firm to take this busy season.

I did the show, it went great, the call-back crushed, the Mormon ladies loved me, and I used Stephen Covey’s toilet.²

Greg was born in Akron, Ohio, in the shadow of the Firestone tire factory. He began to swim competitively when he was eight, swimming for the Mountlake Terrace Lemmings. He graduated in 1995 from the University of Washington with a math degree. He chose math for the ladies. After serving ten-years as an 8th grade math teacher, he decided it was time for a career change, mainly because he “couldn’t stand those little bastards.” He began his accounting career with a local CPA firm in Orem, Utah, where he consistently failed the QuickBooks ProAdvisor advanced certification exam. Greg currently works as the Controller for the Utah Valley Physicians Plaza. He lives in Utah. He enjoys eating maple bars, drinking Diet Pepsi, and swearing.