I was in Greenville for Deeper Weekend 2015, and I was looking for a gift for my wife and my realtor (same person). I wanted to get her something cool, so I popped into the Mary Praytor Gallery, a cool little boutique art gallery on main street.

One interesting aspect of the pricing at the Mary Praytor Gallery was that absolutely no one was there. No customers, no employees, nobody. I even went into the back and hollered¹, “Any y’all here?” But none of them all were there, effectively making their prices for everything $0.00.

I had just watched the new James Bond movie, so as I looked around the shop, this piece caught my eye. 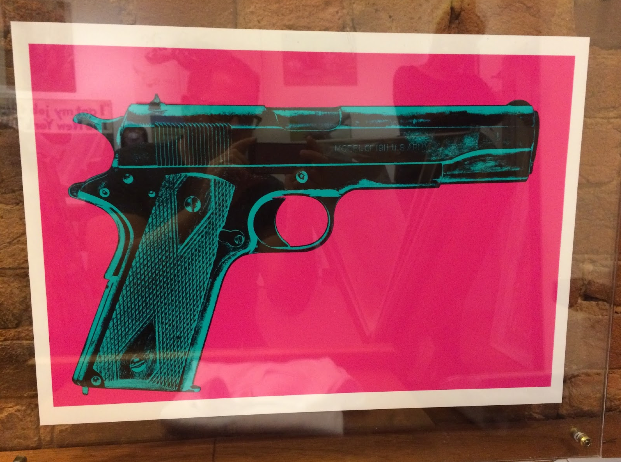 And maybe you should calm down because I didn’t buy a picture of a Baretta for my wife (and realtor). I’m not an idiot². But since the picture of the Baretta caught my eye, I checked out the price. It cost FOUR HUNDRED DOLLARS! Holy hell. And that was just for the unframed hot pink stylized sidearm print.³

It’s weird when you realize that if someone buys that piece for $400, they’re literally being robbed at gunpoint. What makes it even weirder is that for about the same price, you can buy the actual gun.

So since a kitschy, pink representation of Second Amendment enthusiasm cost $400, I became convinced that everything in the Mary Praytor Gallery was out of my price range.

Regardless, I was intrigued by this thing: 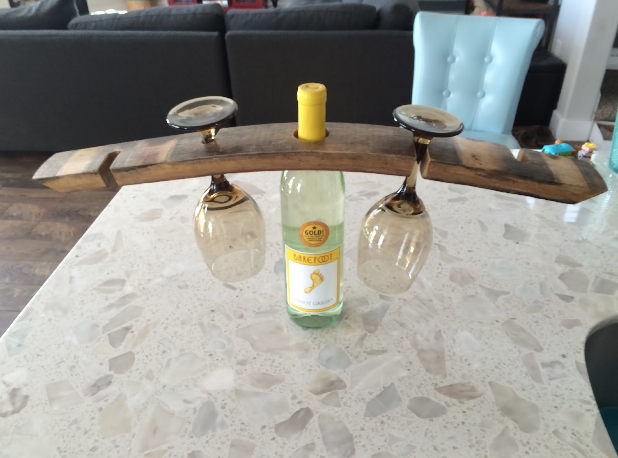 But there was no price tag and no one to ask, so I left the gallery (without stealing anything) to look elsewhere for a gift.

After an hour-long unsuccessful search for an acceptably cool gift among the other various shops in downtown Greenville, I returned to the MPG, and I was startled to find an actual employee. I asked her what the neat wine dealie was. She said it was a wine caddy. That’s a stupid name, so I called it a wine yoke.

Not only that, anchor pricing pulled my head out of my labor theory hole. I saw the wine caddy yoke as a cool piece of art that had more value than the $30 in my pocket. I was paying for a well-executed idea, not a basket of inexpensive inputs.

Anchor pricing is one of the great benefits of using three-tiered pricing options to price the services at your firm. After having a value conversation with your customer, dream up three different levels of service with three different prices. And make sure you present the highest-priced option first, because that’s how you anchor-price that mofo. (I don’t really like the term “client;” I prefer “mofo.”)

Anchor pricing is a pretty sweet Jedi mind trick. And it totally works as long as your customer isn’t smarter than me and isn’t Toydarian.

¹I only holler when I’m in South Carolina. Elsewhere I tend to “yell” or “call out.”

³The framed, hot pink, stylized sidearm print pictured above was encased in plexiglass and held together with bullet casings, so it probably cost $407.